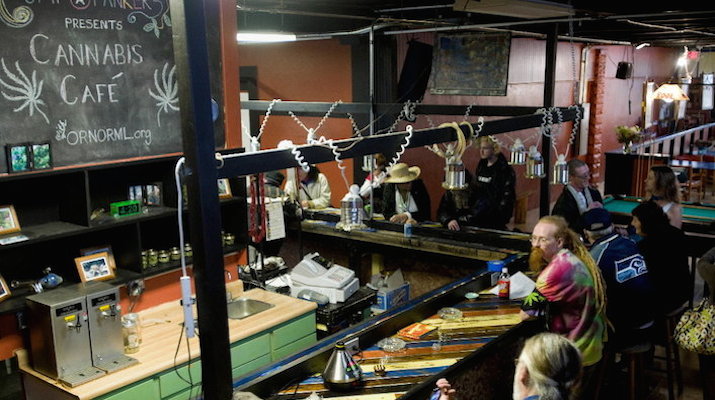 The Alaska Marijuana Control Board voted 4-1 Tuesday to revive a proposal that would allow cannabis consumption at licensed pot shops.

Following voter approval of recreational marijuana in 2015, the board began work on regulations that would allow retailers to create consumption spaces, similar to a cafe or bar. However, when the board last discussed the proposal in February, they decided to shelve it–citing uncertainty over the future of marijuana given the anti-weed stance of the current Justice Department.

This month, the board appears to have had another change of heart. They decided to begin the process again, inviting board members to submit new on-site consumption regulations.

Of the three proposals submitted, only one met the deadline–and instead of outlining new regulations, the proposal suggested putting a hold on the whole idea.

Loren Jones, who holds the board’s public health seat, said that he’s opposed to being the first state to allow on-site consumption, instead suggesting a two-year moratorium on the proposal. “I don’t think we need to rush into that,” he said.

Jay Butler, the state’s chief medical officer, is also opposed to on-site use, citing second-hand smoke and driver impairment. Butler told The Associated Press, “Even though marijuana is not the same as tobacco smoke, there’s a lot that we don’t know about it. Clinically, we see signs of it being a respiratory irritant in people who smoke frequently.”

Marijuana business owners were hoping the new regulations would be in place before the summer tourist season, but that appears increasingly unlikely. The board meets again in April and should the proposal move forward, it will go out for at least 30 days of public comment.