Will Jeff Sessions Crack Down on Legal Marijuana? 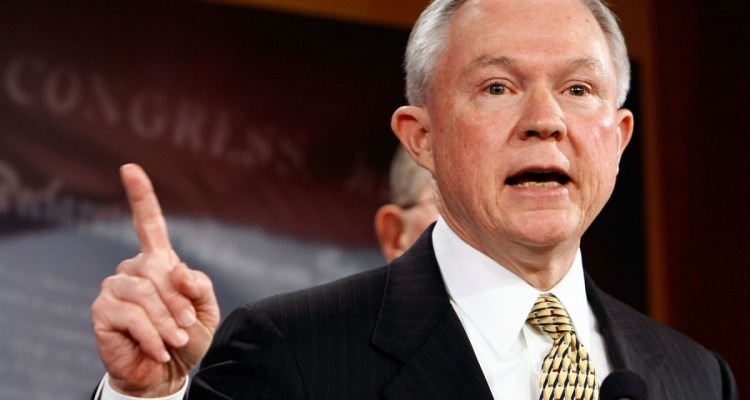 Will Jeff Sessions Crack Down on Legal Marijuana?

In his Senate confirmation hearing on Tuesday, Sen. Jeff Sessions (R-Ala) answered questions about his stance on marijuana and the enforcement of federal laws.

Sessions, President-elect Trump’s choice for U.S. attorney general, has been a staunch opponent of legal cannabis, making many in the cannabis industry nervous. In April 2016, Sessions criticized the Obama administration during a Senate drug hearing. He said, “I think one of [Obama’s] great failures, it’s obvious to me, is his lax treatment in comments on marijuana. It reverses 20 years almost of hostility to drugs that began really when Nancy Reagan started ‘Just Say No.'”

The Obama administration has taken a largely hands-off approach to marijuana, leaving it up to states to set and enforce their own policies.

During the hearing, Sessions refused to take a definitive stance on cannabis, leaving the cannabis industry unsure of how he’ll approach marijuana policy. In a nutshell, he said that if Americans don’t want him to enforce federal drug laws, then the laws themselves need to be changed.

“It’s not so much the attorney general’s job to decide what laws to enforce. We should do our jobs and enforce laws effectively as we’re able,” Sessions said during his hearing. “The U.S. Congress made the possession of marijuana in every state — and the distribution — an illegal act. If that’s something that’s not desired any longer, Congress should pass a law to change the rule.”

Under current federal law, cannabis is still considered to have no medicinal value and has been classified as a Schedule I drug along with heroin and LSD.

During the confirmation hearing, Sen. Patrick Leahy (D-Vermont) questioned Sessions on how he would approach medical marijuana. “Would you use our federal resources to investigate and prosecute sick people who are using marijuana in accordance with their state laws, even though it might violate federal laws?”

“I won’t commit to never enforcing federal law, Senator Leahy,” Sessions replied. “I think some of [the Obama-era guidelines] are truly valuable in evaluating cases,” he added. “Using good judgment about how to handle these cases will be a responsibility of mine. I know it won’t be an easy decision, but I will try to do my duty in a fair and just way.”

While it’s still unclear what the future holds for marijuana in the U.S., there’s some comfort in that, even if Sessions decided to enforce existing law, it would still take enormous federal resources. 28 states have legalized medical marijuana, along with eight states that have passed recreational cannabis laws.